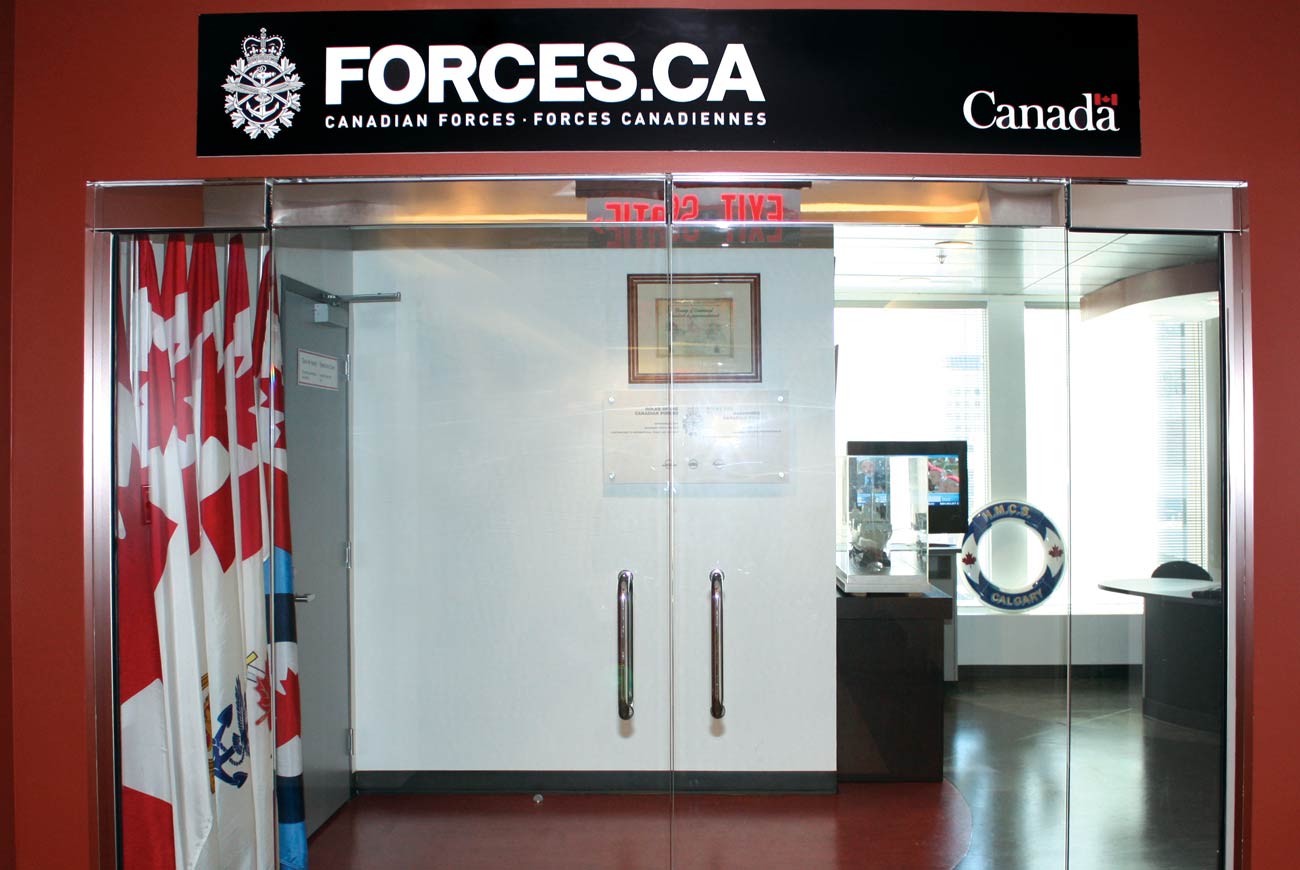 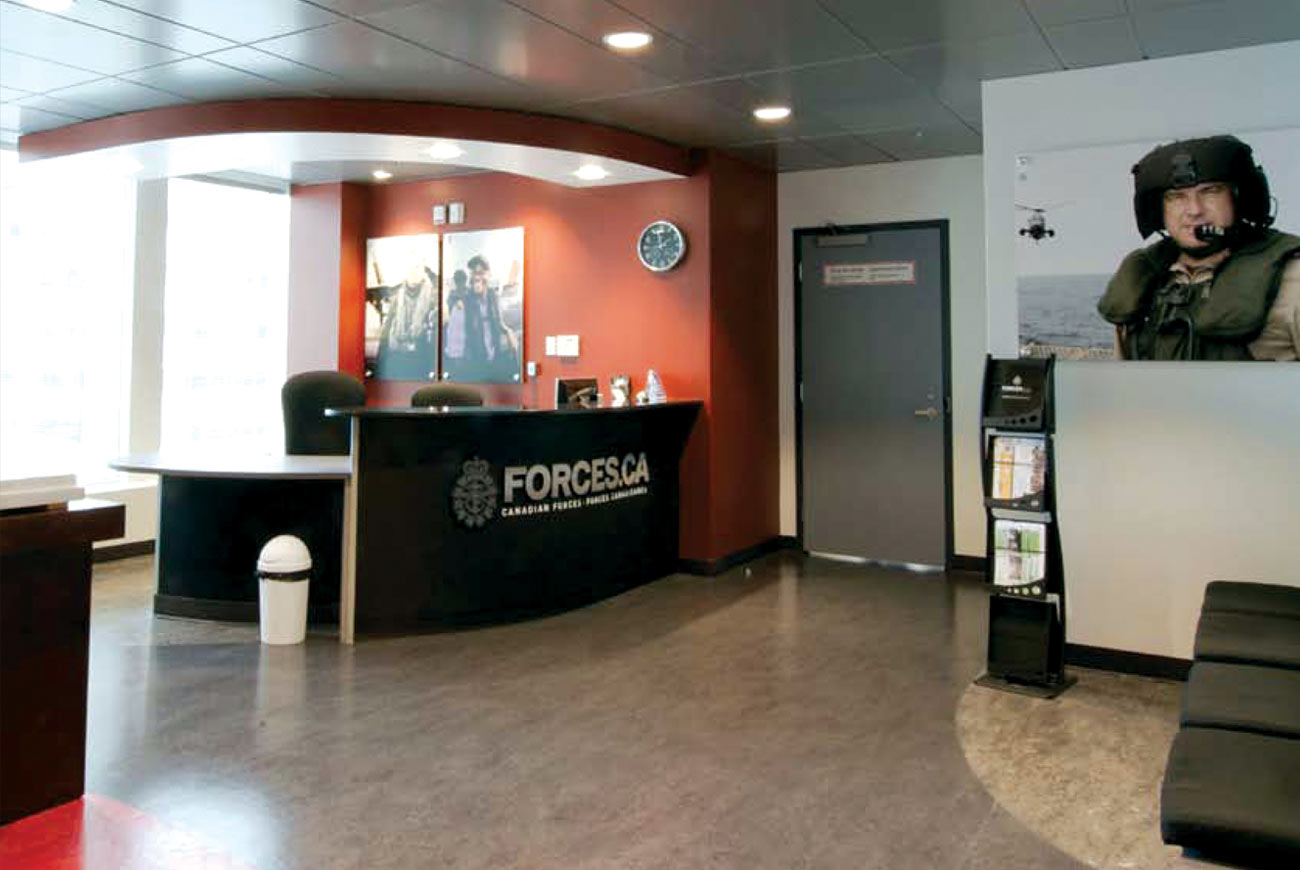 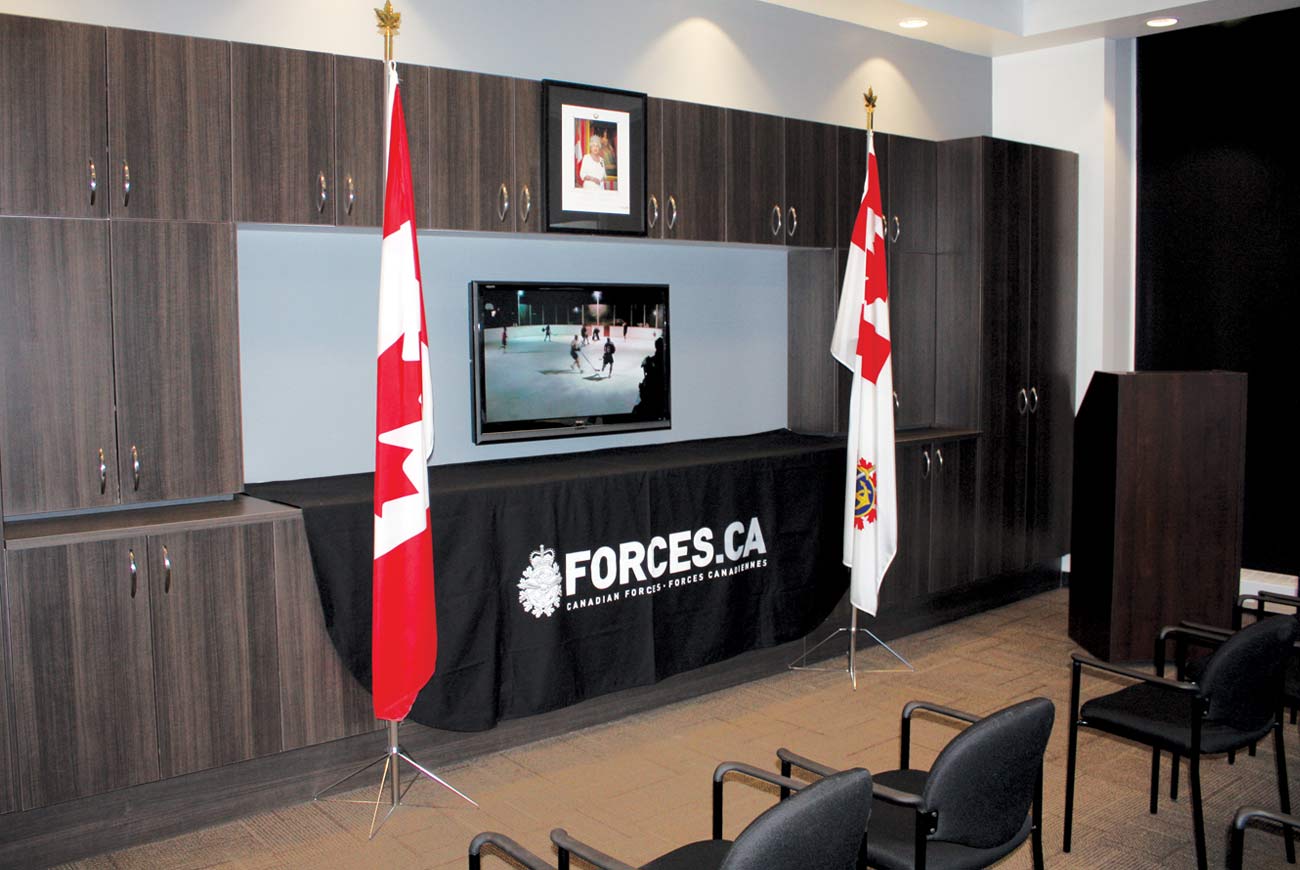 After outgrowing its original location, the Department of National Defense (DND) Headquarters, and Detachment and Canadian Armed Forces (CAF) Recruitment Station in Calgary was relocated to the Bantrel Tower on 6th Avenue SW in 2013. Prior to this move, SAHURI + Partners designed the interior fit-out of the new headquarters at a project value of $1.7 million.

A focus of this fit-out was to use DND branding standards to streamline the look and feel of the Station. At an early point in the planning process, other design issues such as security and office furniture were incorporated into the design concept.

The Station is organized into primarily public and private zones. The public area includes the main entrance, reception, waiting area displays, enrolment room, computer kiosks, and interview booths. Beyond this public space is the secondary public area where potential recruits undergo testing. Common design elements such as colour scheme, graphics, floor patterns, and special lighting continue from the Station's entry throughout the 11,774 sf. space to coordinate a well-branded workplace.

SAHURI was proud to design a project for the CAF and DND as the entities serve Canada by defending its values, freedom, rights, and laws around the world. 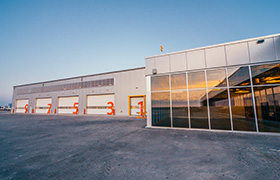 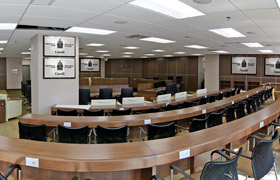 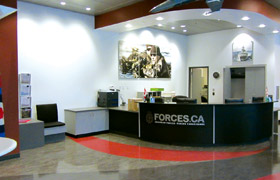 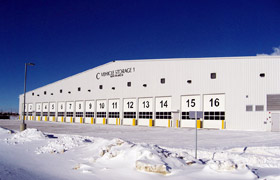 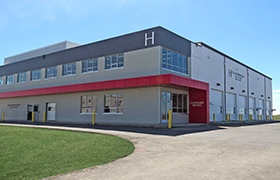