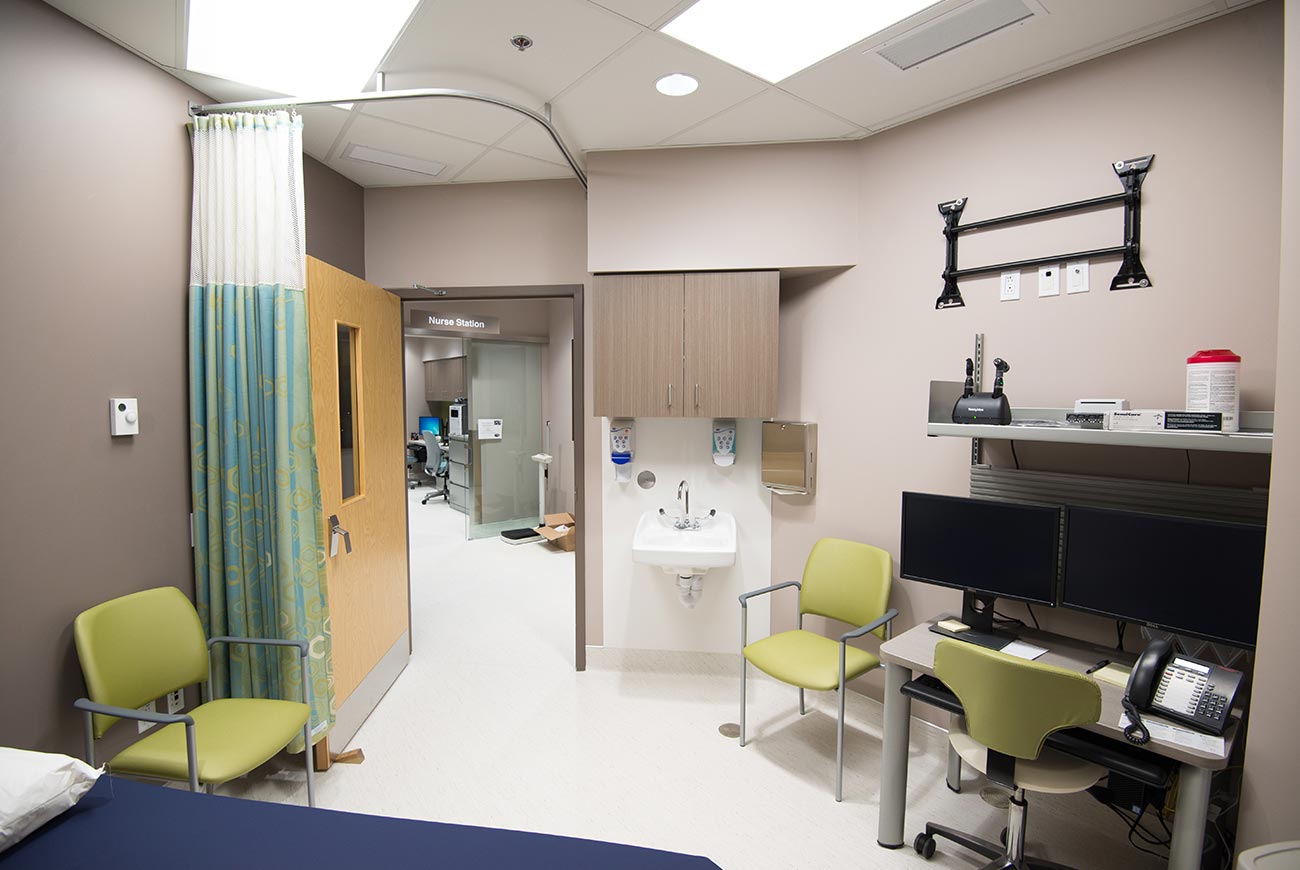 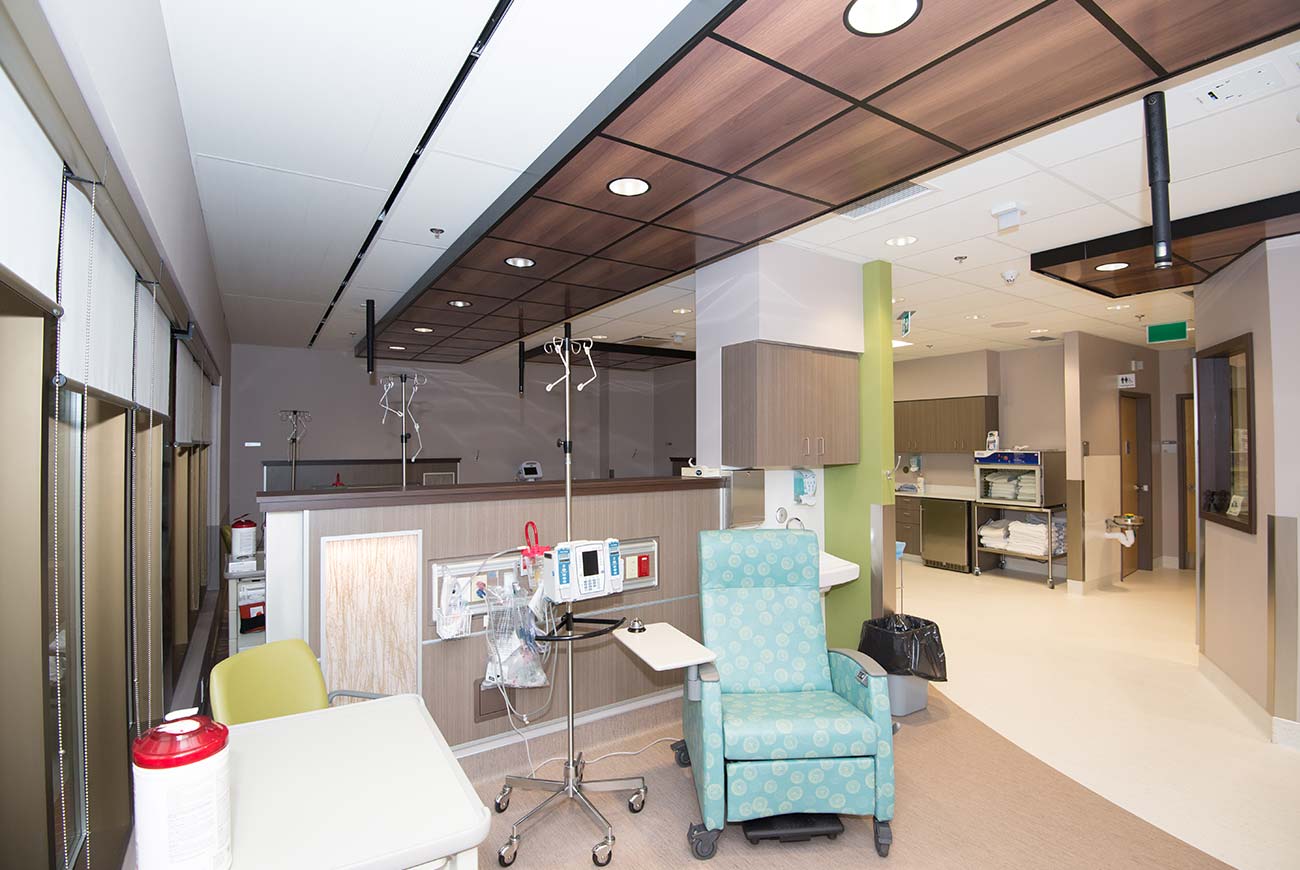 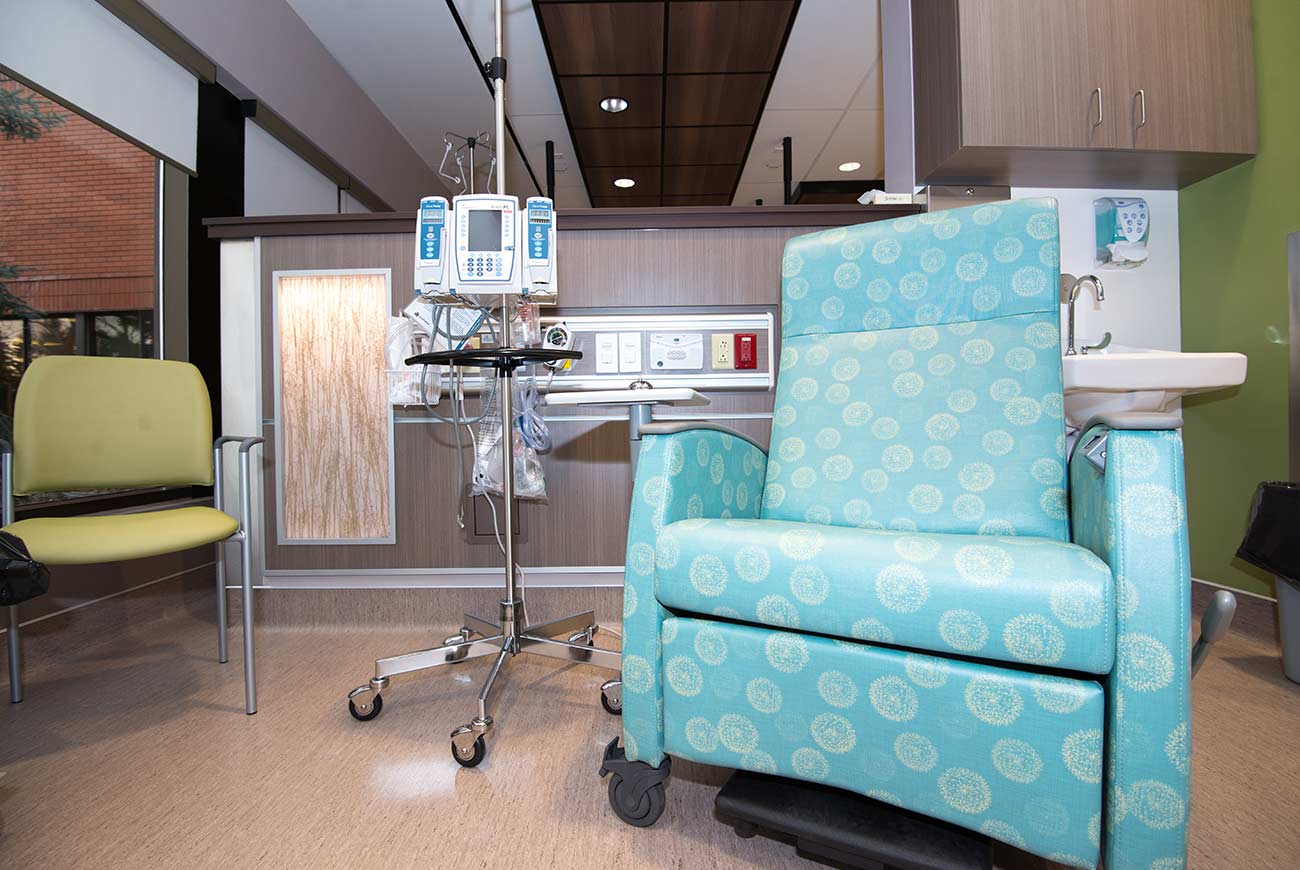 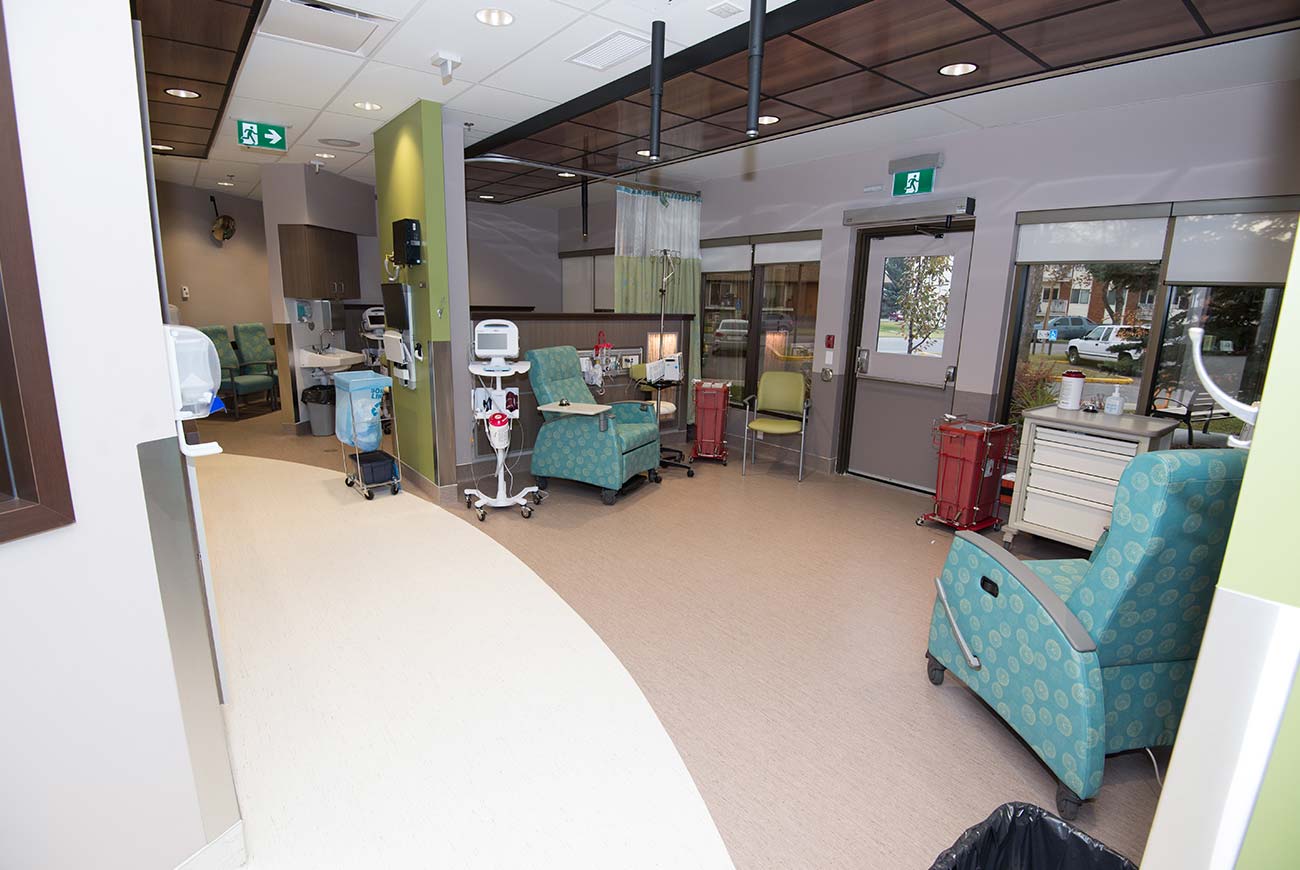 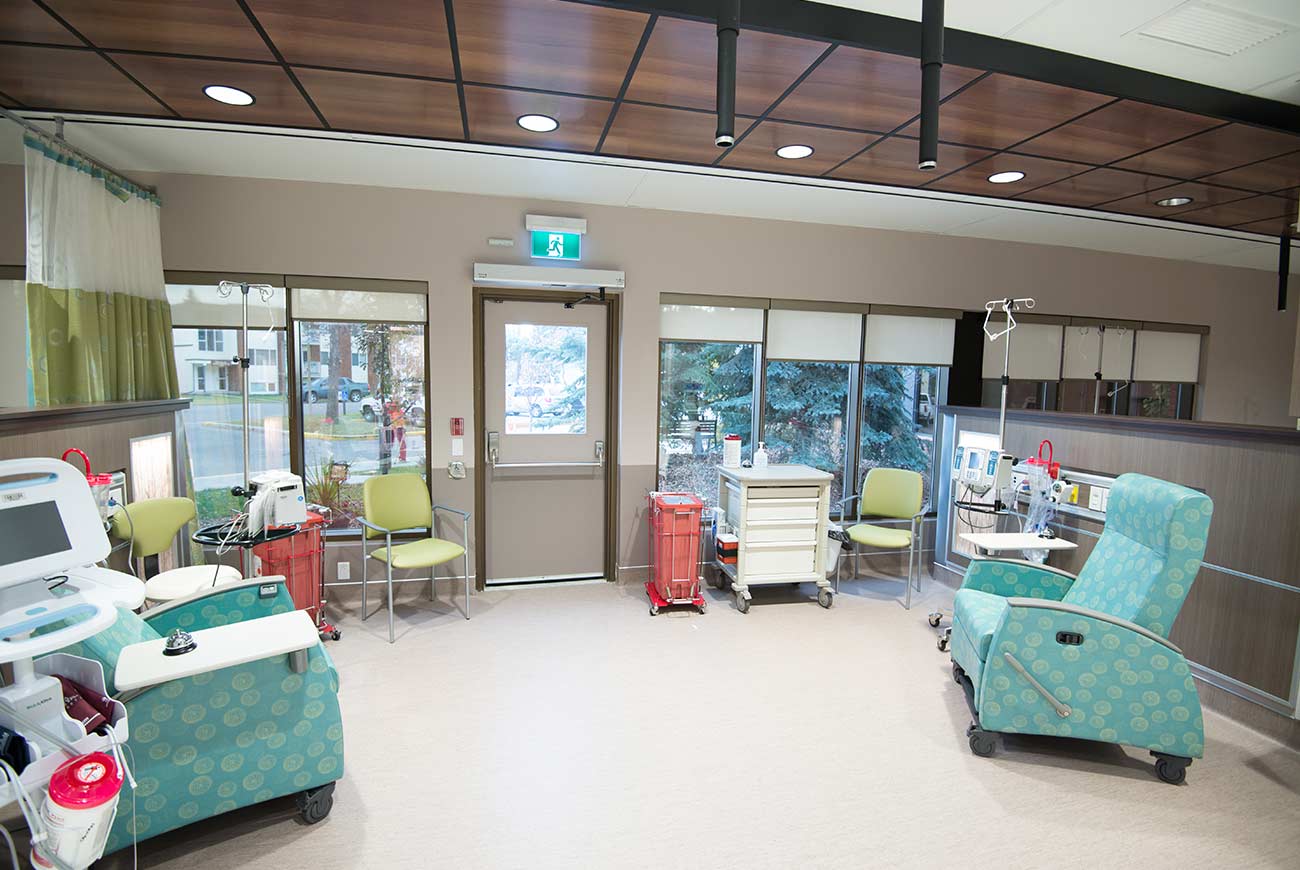 The High River Community Cancer Centre, located at the High River Hospital, is a province-wide comprehensive cancer control system that provides standard outpatient chemotherapy, follow up, and psychosocial support to cancer patients as close to home as possible.

As community demands grew, the Centre had significantly outgrown its space. The number of patient-treatments increased significantly resulting in a constantly crowded treatment area. In order to meet daily functional and operational needs, a phased expansion and redevelopment was required.

After detailed consultation with stakeholders and user groups, SAHURI reviewed existing conditions, as well as the previously completed functional program and space requirement study. A new design was created that effectively expanded the space to be more staff and patient friendly.

An open plan was implemented in the treatment rooms which has contributed to a more welcoming space for patients. The design brought the outdoors in through new textures and colours, and a new metal panel ceiling was added to create a more modern appeal which also compliments the new natural textures within the space. In order to be aligned with health and safety regulations, temporary hording walls were used to contain construction during the renovation.

Construction was completed in October 2016. 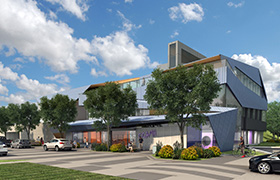 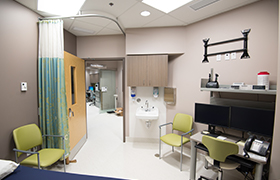 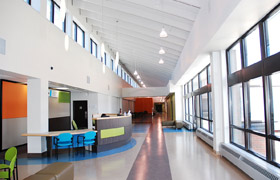 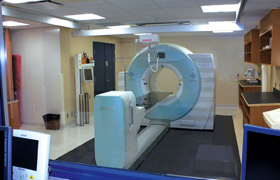 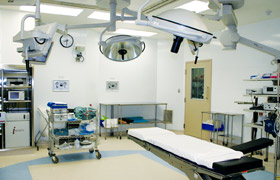 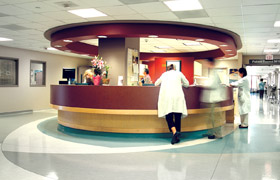 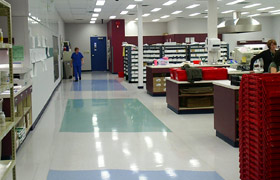