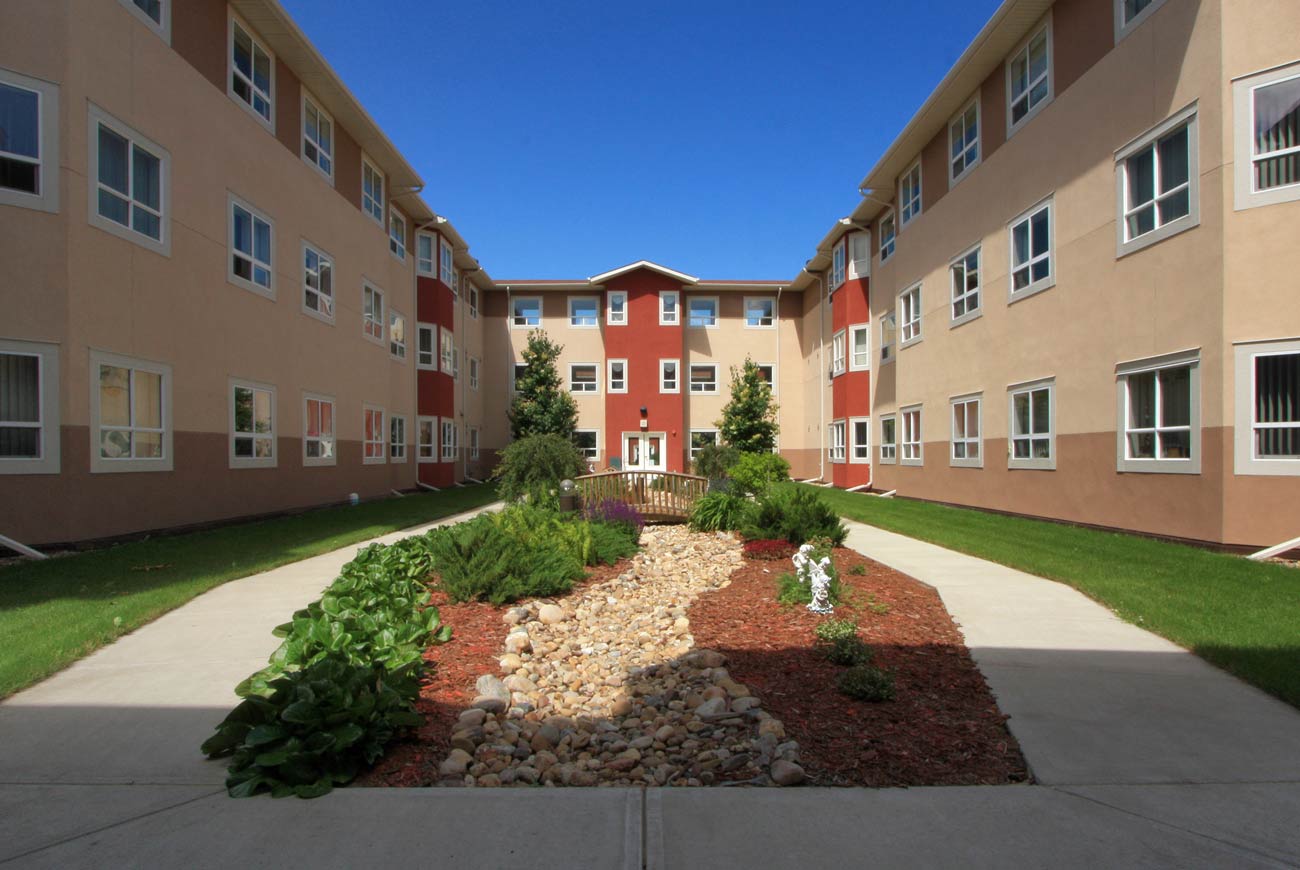 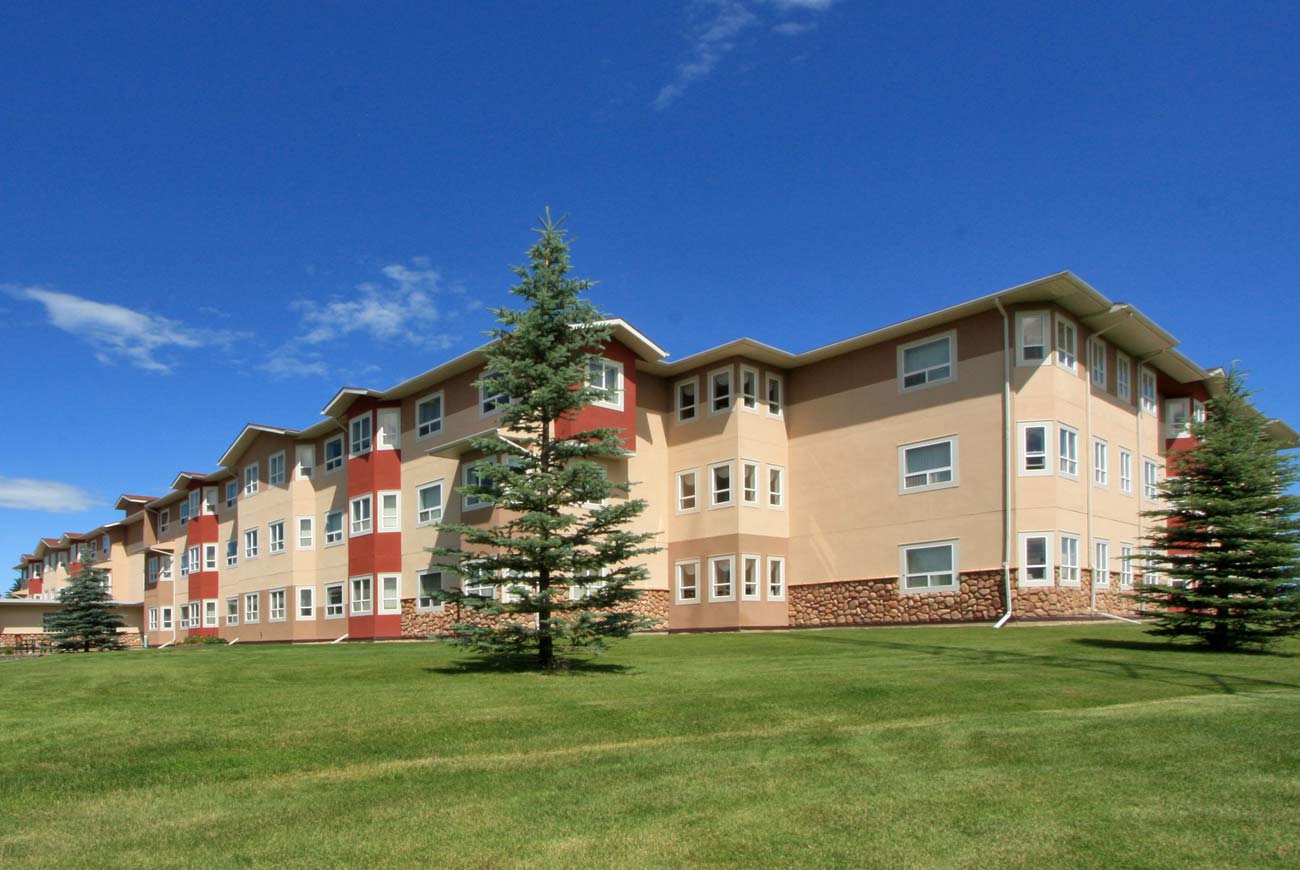 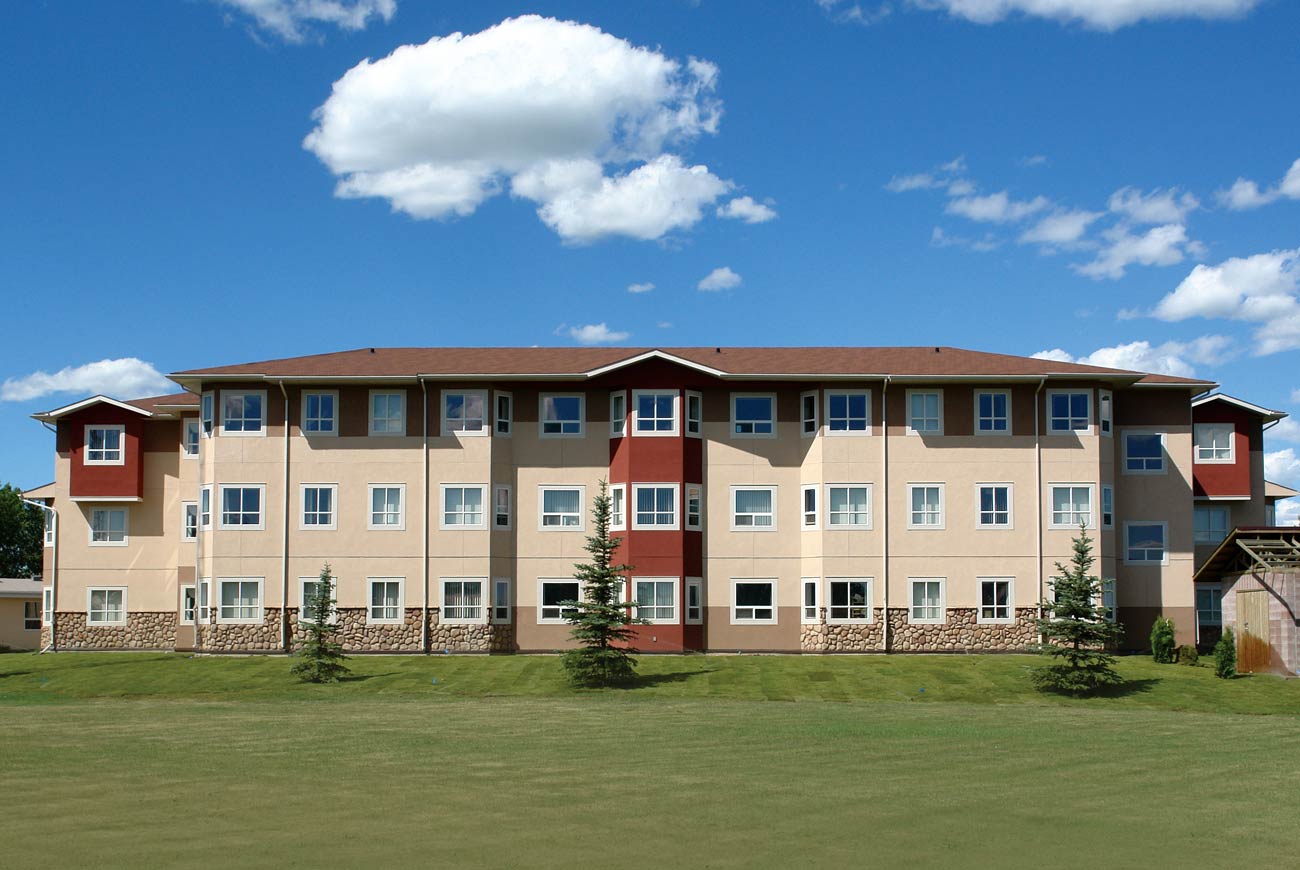 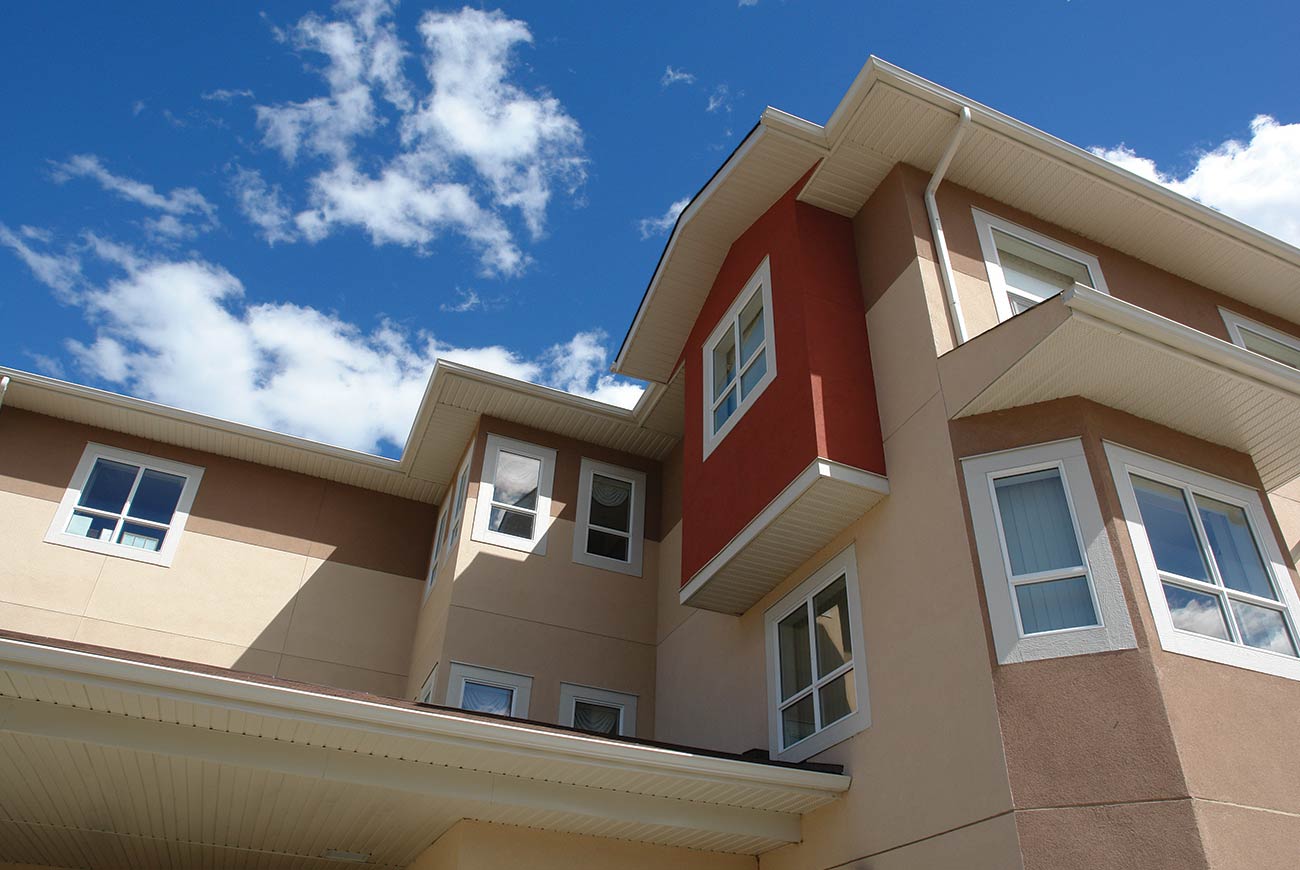 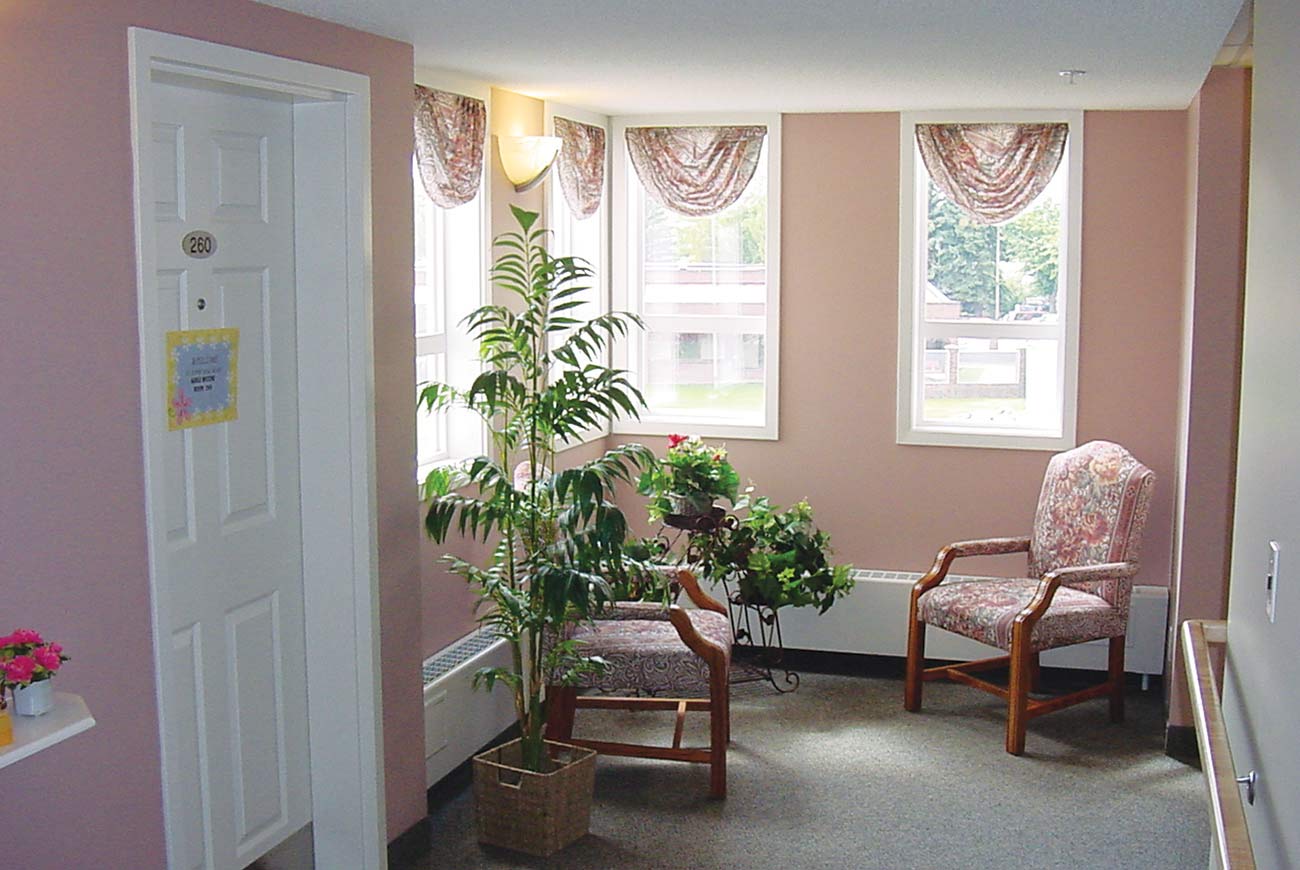 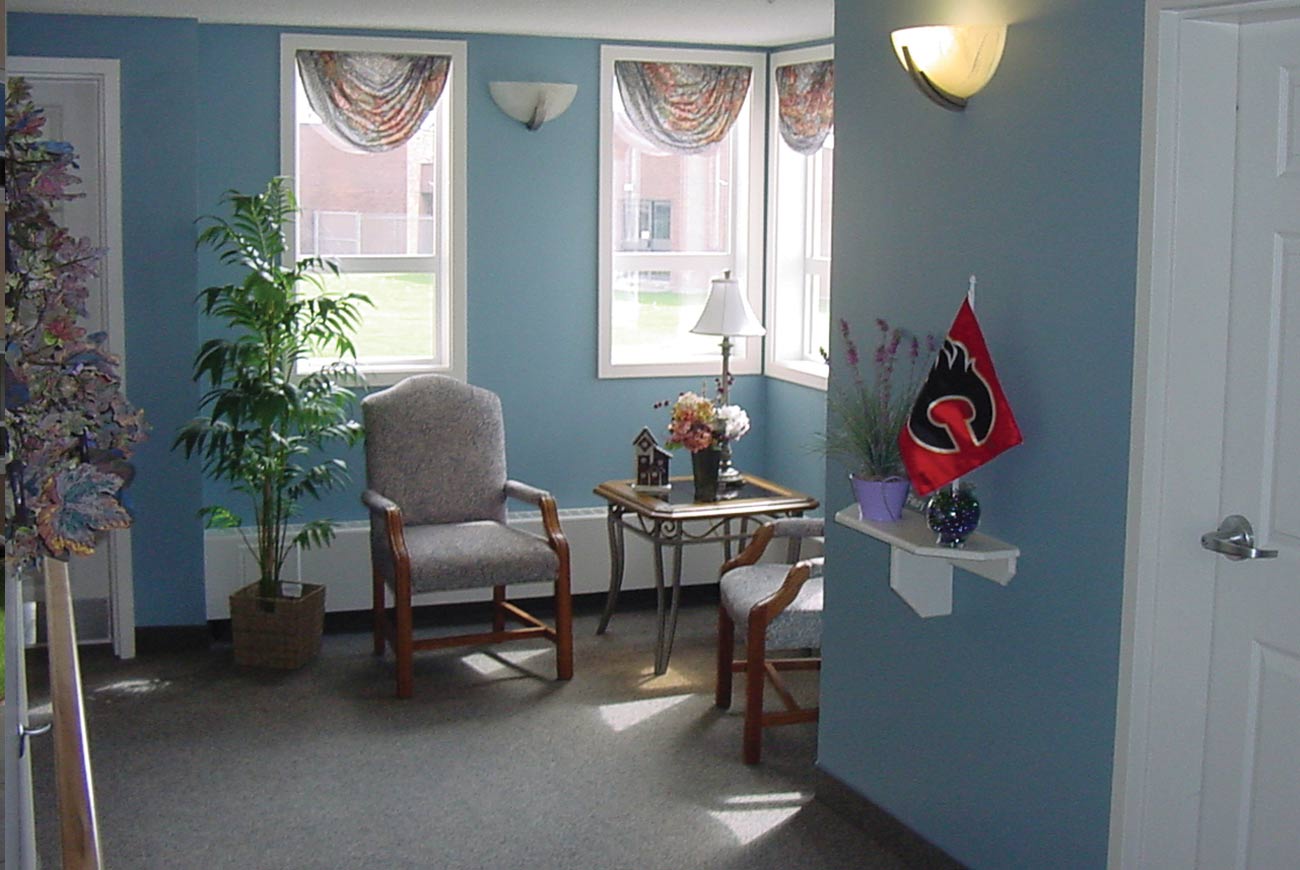 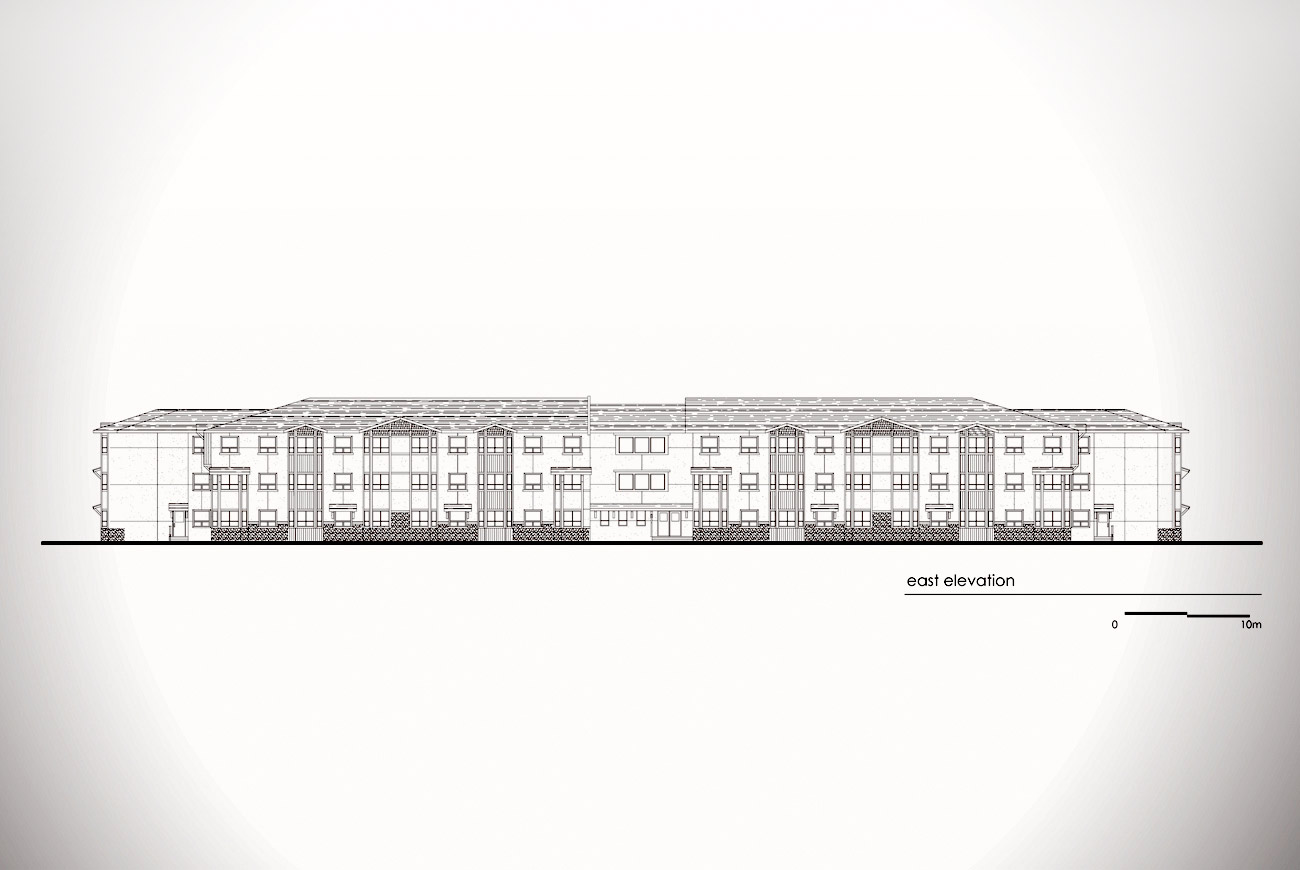 Newbrook Lodge is a unique seniors' and assisted living residence in Brooks, Alberta. The renewed $10.92 million facility, completed in 2004, was designed with a separate amenities building that provides food, care, and recreation services.

In this project, we paid special attention to providing a design that maintains the dignity of the senior residents through the 'Aging in Place' concept which allows for a sliding degree of independence. This concept allows the residents to maintain their autonomy within a stand-alone apartment, while also enjoying a sense of community in participating in the group amenity areas.

The Lodge houses 150 suites in a mix of studios, and one- and two-bedroom units. The unique 116,000 sf. integrated design concept called for the existing Lodge, originally constructed in 1960, to be 'recycled' and renewed into the new amenity building. With this approach, we were able to keep construction of the actual new housing portion at a very affordable level.

The renewed amenity building houses the social functions of the facility such as the commercial kitchen, dining room, lounge, and recreation and hobby rooms; each accommodating various activities including meals, exercise classes, entertainment, and socials. Other amenities include extra storage in the basement, a resident laundry room on each floor, and a private dining room for family gatherings. 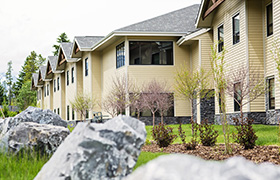 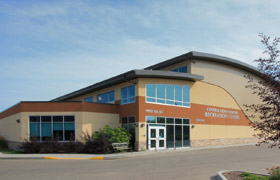 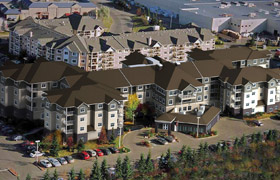 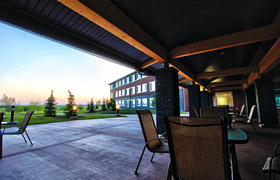 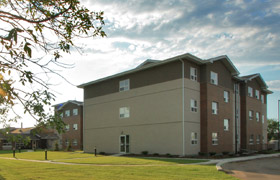 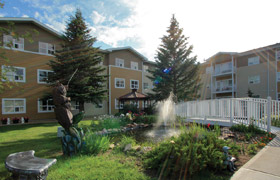 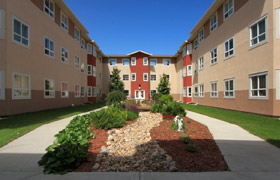